Scott Peterson reported his pregnant wife Stacy missing on Christmas Eve, 2003. Stacy’s torso and fetus were found in April 2003. But Scott Peterson might be innocent. Modesto California police concentrated on him, and did not follow up on other leads. His lawyer never introduced witnesses who saw Laci after she was supposed to be dead.

Angelina Rodriguez could not receive a life insurance payment for husband Frank, because his cause of death was undetermined. How did Frank die? Angelina solved the mystery.

STAY IN THE KNOW

Enter your email address to receive the Bad Marriages newsletter. 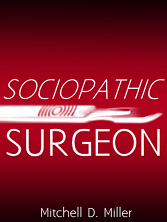 Surgeons must be smart, not sane.

Sara is a Sociopathic Surgeon