Adapted from Clay Starbuck Did Not Murder Chanin 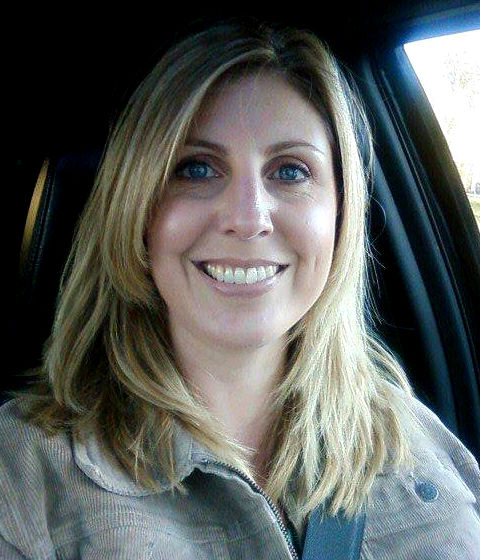 The murder of Chanin Starbuck and trial of Clay Starbuck are the subjects of at least four television documentaries. Please let me know, if there are more documentaries, so I can add them to this article.

How can you solve a murder without examining all of the evidence? Because three other people touched Chanin Starbuck and her phone, before she died. Who are they?

Y-STR DNA was also found in the vaginal swab and on Ms. Starbuck’s cell phone, but the male Starbuck lineage (and the other males tested) did not match.

A total of three unidentified males contributed DNA found in these locations.

A mother of five is found dead in a case that tests family ties.

How to Watch Dateline — “A Cold December Morning” Without TV

Watch “A Cold December Morning” on the NBC News Website. NBC divided this episode into 12 parts, to load faster.

However, this video is a few years old. NBC News wants you to watch their latest videos. NBC does not provide a link at the end of each part, to continue watching this episode. Therefore, I created a list of links and descriptions to all 12 parts.

Guide to “A Cold December Morning” on NBC News Website

This show is part of “Dateline: Secrets Uncovered” on the Oxygen television network.

If you have a cable TV account, login to watch A Cold December Morning on the Oxygen Website until May 28, 2021.

This show is a dramatic re-enactment.

Chanin Starbuck is a mother of five looking forward to a fresh start after divorcing her ex husband, Clay. She starts dating online and meets several men who appear to be nice guys, but Chanin will find out the men she’s meeting aren’t what they seem.

How to Watch Scorned: Love Kills — “Tall, Dark and Deadly” Without TV

Watch “Tall, Dark and Deadly” on the Investigation Discovery Website.

This is the true story of a Mother looking for love in all the wrong places.

Watch “Tall, Dark and Deadly” and decide if this show is accurate.

Your Worst Nightmare is a crime documentary show on the Investigation Discovery Channel.

Chanin Starbuck comes home to find the house vandalized and fears it’s due to her online dating.

Your Worst Nightmare, “Psycho for Love”

How to Watch Your Worst Nightmare — “Psycho for Love” Without TV

We want to create as many competitive true-crime series as possible.

After a young mom is found brutally murdered in her home, investigators find startling clues on her cell phone that could lead to her killer.

How to Watch Forensic Files II — “Last Gasp” Without TV

Cable TV subscribers
Login to go.cnn.com with your cable TV account. Select Forensic Files II from Featured Shows.
Everyone else
You can watch an edited version, until it is removed.

I lost interest toward the end of this show.

…911 operator followed protocol to the letter…

In my opinion, the botched 911 call is a major part of the botched investigation. I cannot locate a source, but I think the 911 operator resigned.

Jeff Shover stated that he entered the house the second night in the dark.

He entered the home during mid-morning hours of December 3rd in the daylight.

If Shover was in the home the evening of December 2nd, he has some explaining to do.

SCSO Shover said it wasn’t like Chanin to not tell anyone where she went, that she wouldn’t leave the area and not tell her kids.

Deputy Dutton was well aware that Chanin left often and indicated his knowledge of her history in his police report.

Chanin was unreliable to her family by not being where she said she would be, and because she did not always return on time.

Jeff Shover stated that Clay showed up at the scene and asked to see Chanin.

Retired Detective James Dresback stated that he met Clay at the house.

FALSE. They talked at a Substation.

Detective Dresback said Chanin was dating a whole bunch of different guys. But Dresback did not follow the evidence.

Judge Sypolt stated on record that John (Wilson) Kenlein’s alibi was not airtight.

Investigators cleared the last two guys who communicated with Chanin. Then they fabricated a case around her ex-husband for a conviction.

There is an evidence photo of Chanin’s legs, with the safe in the same photo.

Push button combination on the safe is very visible. Not a dial combination, but a push button.

At trial Prosecutor Steinmetz asked CSI to explain to the jury that Clay’s prints and DNA could not be gathered because of the lands and grooves of the dial on the safe. However, it is NOT a dial: it is a push button.

Fingerprints and DNA could be gathered from a push button. But that didn’t fit their story to the jury.

They blatantly lied that it was a dial, and that kept them from gathering prints. Another minor detail purposefully stated factually incorrect information for the outcome they wanted against Clay.

An important detail in a sea of many lies presented to the jury to get a conviction based on factually incorrect information.

Forensic Files II couldn’t even get that basic detail correct.

Brittany Wright had nothing to do with testing or trial presentation. She wasn’t there.

Although I’m sure she is a nice person, she possibly mistakenly simply parroted the false information that Lorraine Heath, DNA analyst at the time, purposefully misled the jurors with at trial to support the state’s narrative.

Rather than give false information, Brittany could have stated some truth such as, the hair recovered from the crime scene in color, length or DNA was not linked to Clay. That sperm found in three locations on Chanin’s body were not linked to any Starbuck source.

Detective Johnston states that some phones have an auto-delete feature for 911 calls.

FALSE inference that Chanin’s phone was one of them. It was not.

Chanin’s phone was turned off. Therefore GPS coordinates could not be obtained.

FALSE. Police got the GPS coordinates, and tried to call back.

Stated that 911 Dispatcher followed procedures to a Tee.

FALSE. Police did not send a car.

Detective Johnston states that everything was wiped clean, even the washer and dryer.

FALSE. Another of Detective Johnston’s false statements, as well as Jeanine Carter’s testimony that Clay told her that police did not check the washer and dryer for prints, are both wrong.

Detective Johnston said Chanin was using a number of different websites, and to some degree, can be risky.

Are THIRTEEN websites which include sugardaddy, whatsyourprice and Backpage not risky enough to warrant investigation or is it just easier to frame the ex-husband because he is nearby?

Four websites were mentioned at trial, and Prosecutor Steinmetz said he didn’t know what they were, which was laughable, but it wasn’t a laughing matter.

It is a fact that Prosecution did not even turn Chanin’s computer on to verify her internet traffic. Pathetic.

Detective Johnston said they swabbed for DNA prior to moving Chanin’s body from the crime scene.

Would that be by CSI early in the day or 7 hours later when the Medical Examiner finally showed up after 19 entry / exits throughout the day?

It does not allow for manipulation of the hands and body as part of scene processing for hours upon hours prior to Medical Examiner arrival at the scene.

Hands / body were not preserved from contamination.

Dr. Sally Aiken’s, Medical Examiner autopsy report does not support her trial statements that Chanin was beaten and tortured for hours before she expired, or even at all.

Yet this is what the jury heard over and over, and is just not true.

Crime had clear sexual motivations. Oddly, Chanin had not been raped.

She was tortured and beaten, but not raped? Not raped because it was a sexual tryst gone bad?

Unidentified sperm on her body in numerous places, not linked to Clay.

Autopsy findings do not support a beaten, tortured or non-consensual sexual relations narrative presented by law enforcement and the state to inflame the public and taint the jury pool. Not based on fact.

Clay snuck into the house like he had many times before.

It is well documented that Chanin lied to friends and authorities each of the four times she filed false reports against Clay.

Two of those times Clay was not in the local area and even out of state on one of her manipulative tirades.

In a relationship spanning more than 20 years, 3 homes, 2 marriages, 2 divorces, a couple of other times helping her pack and load her belongings as she traipsed to other states with other ‘dates,’ not one of Chanin’s four false reports even remotely indicated a domestic violence concern with Clay.

However, she did not hesitate to report boyfriends / trysts domestic violence to authorities.

Clay really is diabolical in using the cell phone like he did.

Whose DNA is it?

Multiple unidentified males did have DNA and prints on the cell phone. If someone saw Tom Walker’s text to Chanin describing how he wanted her to pose and take a picture for him, then they would have also seen other messages…

Chanin to Clay stating, “Marsh got hurt at school…A kid’s head hit his cheek…he’s in nurse’s office with ice should be OK but might want to make sure in a little bit.”

Taken out of context, you wouldn’t know:

Clay’s text to Marshall: “Good morning Marshall how is your cheek?”

Clay’s text to Chanin: “How is Marshall feeling? Sore I bet.”

Clay’s text to Loghan: “I am going to the library to return Marshall’s book, be home in a bit.”

Chanin called him Marsh more often than others did.

Don’t be so naive to think that her trysts wouldn’t know her kids names and schedules, because it is documented that they did.

Without the 911 call they never would have narrowed the time frame and eliminated suspects other than Clay.

Clay was not there and the 911 call did not prove that he was nor did it indicate Chanin’s time of death. Medical Examiner could not narrow the time of death to Dec first or second. It does not fit their tortured and beaten for hours narrative.

The public and the jurors were told what they were listening to, yet no one knows what the noise really is.

Authorities took the unfortunate opportunity to fabricate theories that were false, because they didn’t follow evidence enough to know the truth.

Tom Walker was eliminated as a suspect, didn’t prove an alibi with John (Wilson) Kenlein, and didn’t bother to check out the “whole bunch of different guys” who also received naked photos the morning of November 30th or those she communicated with even the week prior.

Eliminated suspects other than Clay?! Not hardly. Clay was their chosen suspect to fabricate their case around.

Nobody Knows Who Murdered Chanin Starbuck